After leaving the NZ Army, I made some bad decisions, and ended up in Rimutaka Prison for a couple of years. While I was there I knew I needed to get back on the right path, so I could be a good father to my children.

It was really emotional the day I got out. My daughter was waiting for me, we cried together and I promised I would do better. I landed on my feet, I found a flat and a job at a butcher. I had my daughter back in my life, and my son was living up North with his mum. For seven months or so, things were going well for me, and I was looking forward to the future.

Then I got sick. I couldn’t afford to take time off, so I kept working. I didn’t realise how bad it was until one day I started coughing up blood, and I was told I had double pneumonia. I lost my job and became homeless. I tried to get help from the Ministry of Social Development, but never got anywhere. It was so frustrating that I decided to carve my own path, and set up camp in the hills. But without electricity, I was missing out on having contact with my kids.

I hunted for jobs while staying at The Wellington Night Shelter (now The Mission’s Te Paamaru). It was so frustrating applying for jobs every day and being skipped over because of my conviction, and all the while I was homeless. So I went on the benefit and started volunteering at The Night Shelter. I became a bit of a role model for the guys. I was always ready to discuss the personal issues they were struggling with, make sure the guests were respecting the place, and I was often the peacemaker in what was a pretty volatile and dangerous environment at times.

When The Mission took over Te Paamaru, everything changed for the better. Everyone had their say about what needed to change to create a better service for people who were experiencing homelessness. We began seeing more food available, better security, and an adjusted curfew. The main thing that stands out about The Mission team is that they follow through on what they say they’ll do – so the guys here feel really supported to break out of the cycle they’re stuck in. Te Paamaru has become a real safe haven for people who would’ve otherwise been living on the street during COVID-19 too.

A couple of months ago, I was offered paid employment here. It’s awesome to know I am making a difference. You see a lot of people who feel like they have no say in where their lives are going, so I get a lot out of being able to support and encourage them to create change. A lot of people have found flats, been linked up with other Mission services, or are volunteering.

For me, I’ve always wanted to be a positive member of our community, but I had a series of incidents where I did the wrong things, and had some bad luck. It’s being there for my kids that drives me now. I’m working hard to make up for the years we lost when they were younger, and influence them in a good way. All I needed was the re-start I got here at Te Paamaru to knuckle down, and get back to doing the right thing.

On a Mission. 🚀 Empowering, transforming and creating fullness of life for Wellingtonians in need. 🌻💫

Thanks Seatoun School for your #Matariki donations

Happy Saturday! 😁 Have you seen our 'Fill a Hea

Thanks Seatoun School for your #Matariki donations. ♥️🌟#OnAMission🚀

Happy Saturday! 😁 Have you seen our 'Fill a Heart' Winter Campaign? People are doing it tough, but with your support, we have the power to make winter warmer for them. ♥️

Fill a Heart today, by donating to our Winter Campaign: 👉 https://bit.ly/39JtT14 #OnAMission🚀 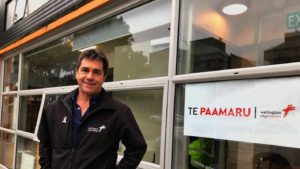 Thursday 30 July 2020: During the COVID-19 period, we took over responsibility for the management of the Wellington Night Shelter, to continue our support of Wellington’s street-living community. We managed… Read more »

Thursday 30 July 2020: COVID-19 presented many challenges for the people and families who walk through our doors every day, as well as for us as an organisation. It also… Read more » 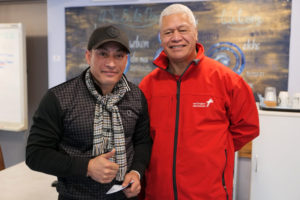 Thursday 30 July 2020: After leaving the NZ Army, I made some bad decisions, and ended up in Rimutaka Prison for a couple of years. While I was there I… Read more »